Advances in Neuroscience Reveal Fascinating Details About How the Brain Works

The heart has long been considered the seat of emotion.  Several familiar expressions prove it.  When faced with an interpersonal loss, it is said that someone is “broken hearted.”  When a person is overly-emotional we say that he “wears his heart on his sleeve.”  When someone is overjoyed, she might say that her “heart is about to burst.”  Yet, over the past century, science has taught us that the brain is the true home of our feelings.

Advances in the field neuroscience have revealed fascinating details about the workings of the brain.  Over the centuries, the 100 billion neuron mass of tissue in our skull has evolved.  For descriptive purposes the brain can be divided into different areas based on function.  Two basic divisions are the lower brain (also known as the reptilian brain) and the upper brain (known as the mammalian brain).  The mammalian brain – as the name suggests – is present in mammals but to a proportionally greater degree in humans.  As the human species has developed, so too has the mammalian brain.

The reptilian brain contains several structures comprising the limbic system.  Thirty years ago brain scientists believed that this area of the brain was exclusively dedicated to the processing of emotions.  Yet now we know that the limbic system has intricate connections with the frontal lobes.

The work of Dr. Richard Davidson at the University of Wisconsin has been particularly valuable not only in the traditional field of neuropsychology but also in the new field of positive psychology.  In his book The Emotional Life of Your Brain (2012), Davidson describes the biochemical interaction between the limbic system and the frontal lobes.  To simplify his findings, the frontal lobes are involved in both higher level thought and emotion.  This fact suggests that our thinking affects the way we feel and vice versa.

Does this sound far-fetched?  I’m guessing that it might.  But consider the state of the art treatment for anxiety and depression.  Research has proven time and again that cognitive-behavioral therapy (CBT) is an effective intervention for treating anxiety and depression.  Simply put, what CBT tells us is that we can change the way we think through repeated exposures to thinking healthy thoughts, avoidance of unhealthy thoughts, and engagement in healthy behaviors.  Doing these things strengthens the left prefrontal cortex – the feel good center of the brain.

Both fun and social interaction impact the function of the brain.  Enjoying pleasurable activities, doing something that seems to make time stand still, spending time with loved ones, pursuing meaning in its many forms, and celebrating accomplishments stimulate the activity in your left prefrontal cortex.

Finally, physical exercise can strengthen the feel good centers of the brain including those in both the mammalian and reptilian brain.  In particular, exercising in new and different ways has been found to stimulate the release of natural feel-good chemicals (neurotransmitters).

By doing any or all of these activities, you are literally changing the way your brain works – and by doing that you can change your life for the better – not just for today, but for years to come.

Dr. Bill Conklin is a psychologist practicing in East Tennessee. Bill has applied the principles of positive psychology since the late 1990s. He has coordinated the development of A.P.T. – Automatic Positive Thinking™ a group positive psychological intervention. For information:
www.automaticpositivethinking.com 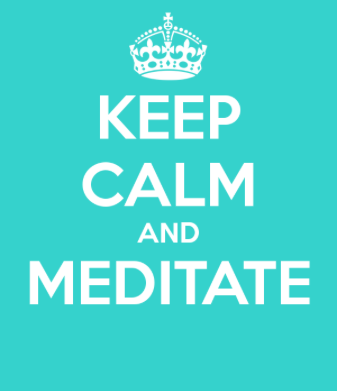